Despite the name, which is somewhat misleading, the Douglas Fir isn’t actually a true fir tree, as it isn’t a member of the fir genus Abies. Douglas Firs are very prevalent in Oregon and Washington, where some areas show long continuous ranges. The Rocky Mountain or Interior variety of Douglas Firs can be found further inland from the west coast, and there is also a Mexican variety of the tree.

The Douglas Fir is a medium-to-large sized evergreen tree, growing to heights of 20 to 100 meters tall. Its leaves, which take the appearance of needles like other evergreens, are soft and almost perfectly linear. In a particularly dense forest, the branches and needles may start growing higher off the ground to help the tree absorb sunlight. Like other evergreens, Female Douglas Firs contain cones, but unlike other members of the fir family, Douglas cones have persistent scales.

In areas where it isn’t a native species, they are frequently used as lumber trees due to the hardness and durability of the wood. Of all North American softwoods, a family that the Douglas Fir is a member of, it rates as the hardest. addition, unlike other softwood species, it retains its shape and structure as it ages as it is seasoned by exposing it to varying humidity. Because of these qualities, it is frequently used for building, including for the building of bridges and other suspended structures. It is also ideal for structures that may be exposed to earthquakes or powerful winds.

The physical qualities of the wood also make it a popular choice for use in hardwood flooring. The stiffness and durability of the fir allow hardwood flooring to resist wear, and it’s common to see buildings hundreds of years old that contain wood from Douglas Firs in their flooring or structure, particularly in the Pacific Northwest where the tree is prevalent.

Because of its aesthetically pleasing appearance, this species is frequently planted in parks, gardens or trails for visual appeal. Its appearance has also made it very popular as a Christmas tree, and Douglas Firs are often grown on tree plantations to be cut down for the holidays. The buds of the tree have even been used flavor eau de vie, a type of fruit brandy that is clear and colorless in appearance. Finally, the durability of the wood has led it to be used for crafting canoes and other boats in some cultures. 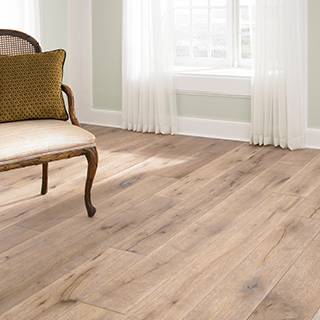