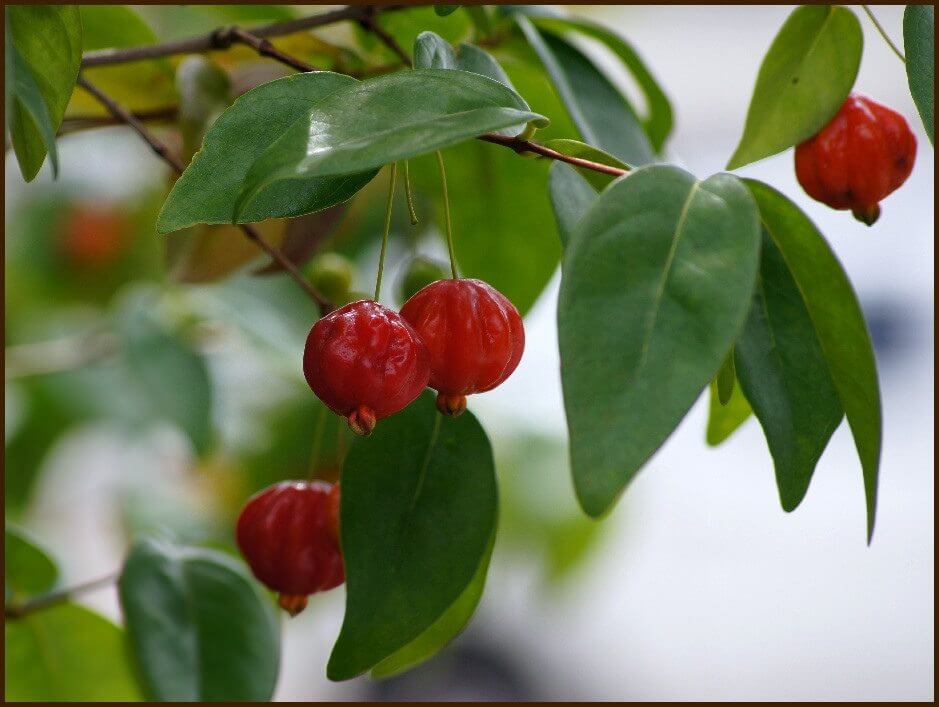 As we explained in our introduction to exotic hardwoods, this term refers to any wood harvested from forests outside of North America, effectively outside of the U.S. and Canada.  Because that encompasses most of the world, it will take more than one post to cover even the most popular exotic hardwood species.  We thought a good way to break it down might be to talk about woods species by continent.  Since Brazil is one of the largest producers of exotic hardwoods for the U.S., we’ll begin in this post by exploring some of the species grown there and in other parts of South America.  But keep an eye out, information about woods from Africa, Asia, and other places is soon to follow.

Brazilian Cherry is by far the most popular of the exotic hardwood species.  Its rich red or orange-brown heartwood along with its unique grain patterns, which often include bold dark streaks, make it appealing to homeowners looking for a little something extra in their flooring.  Unlike many species, Brazilian Cherry (which is not really cherry at all and more closely resembles Mahogany than Cherry Wood) tends to grow richer in color over time.  It is also one of the most durable hardwoods out there, more than 80% harder than popular Northern Red Oak, and considerably more stable.  Plus, because of its density, it tends to be resistant to decay and insect damage.

Jatoba is common throughout many parts of South America and tends to be sustainably harvested.  Its abundance means that it is readily available in the U.S. and relatively inexpensive.  However, because it is more cost effective to ship milled rather than raw lumber, lengths and widths can be limited to what fits easily into shipping containers.  If very long or very wide planks are desired, raw lumber must be specially ordered and can quickly become quite expensive.

Purpleheart gets its name from the distinctly violet shade that its heartwood takes on as it ages.  Its unusual color is showcased in a fine, straight and uncommonly consistent grain, and it has become a popular wood for contemporary spaces in which a touch of dramatic elegance is desired.  Because oil-based finishes will tend to darken the wood into a more run-of-the-mill brown, it is best finished with a water-based finish that will help to maintain its natural color.  Purpleheart is not as hard as Brazilian Cherry, but it is even more stable and is still harder than most domestic species.

Harvested primarily in the Amazon Basin through sustainable methods, Purpleheart is not as abundant as Jatoba, but is not endangered nor rare.  Because it is generally required in smaller quantities, it is usually shipped raw and made to order, making it more expensive than more common exotics.  Normally, it is sold as an unfinished solid, but if your heart is set on pre-finished or engineered, our staff at MacDonald Hardwoods is always on hand to help you get what you need.

Like Brazilian Cherry, Santos Mahogany’s name can be misleading.  Though its color, typically a dark reddish brown, resembles Mahogany and evokes the same sense of sophistication and elegance, it is not, in fact, even in the same family of trees as true Mahogany.  Native to Southern Mexico and Central and South America, it is far more abundant than its name sake, and is almost three times as hard.  It also boasts the impressive stability of its continental brethren.  Unlike Brazilian Cherry and Purpleheart, the rich colors of Santos Mahogany, usually displayed in beautiful ribbon patterns as a result of its interlocked grain, change very little over time.  It is no wonder that this beautiful, durable wood is second only to Brazilian Cherry in popularity when it comes to exotic hardwood flooring.

Patagonian Rosewood is among the hardest woods available for flooring.  It is a lighter wood, usually with a rich pink, tan, or yellow tinge, but with darker brown and nearly black streaks that lend it its exotic appeal.   Like Brazilian Cherry, it is usually milled in South America and must be ordered to suit if wider or longer planks are needed.  Patagonian Rosewood, which grows primarily in Bolivia and Paraguay, tends to be more difficult to obtain as raw lumber than Brazilian species, however.

This species is one that tends to darken dramatically to a deep brown color as it is exposed to sunlight over time, though water-based finishes can help to preserve the natural color.  Because of its extreme density, it is rarely troubled by decay or insect damage

Of course, South America produces numerous hardwood species, most of which are available in the States.  These four, however, tend to be the most popular for flooring in particular because of their hardness, their unique colors and patterns, and their ready availability from sustainable sources.

Have a question about one of these exotic hardwoods, or one you don’t see on the list?  Give our experts a call.  We’ll be happy to give you the grand tour.